My father-in-law is a big man, machine worker hands, measurements of Fred Flintstone, serious bouncer material if he wanted to be, even now. Throughout his fifties and early sixties, he weighed in at about 290. He carried it well but he was feeling a continuous malaise that wasn’t there earlier and the sense something was missing or possibly displaced from his life.

He went on a controlled diet program (Ideal Protein) for a long six months.  I think that’s an eternity of discipline, but he did it.  At the end, he had not made his goal but had lost 75 lbs.  Excellent.  It restored his energy and he looked better, still big but less portly and more majestic. (Don’t tell him I described him this way.)

Some months later, he was working in the machine yard and had to carry a new axle bearing, still in the box, to the shop. He grabbed it up easy enough, but as he walked, he started to strain and labor with the thing cradled in his arms. When he finally wrested it up onto the workshop counter, he remarked that it had been more effort than he had expected and by reading the packaging, learned that this item was exactly 75 lbs.

POW!  What a revelation.  The same amount of dead weight that had tested his stamina over the course of the past 60 seconds he had been carrying around every minute of every day for decades! This perspective had a very profound effect on me.

Whenever I see a heavy person, whether their mobility is good or compromised, I’m now sensitive to the energy required to support and maintain motion of that kind of mass.  (Mass being the scientific definition.) 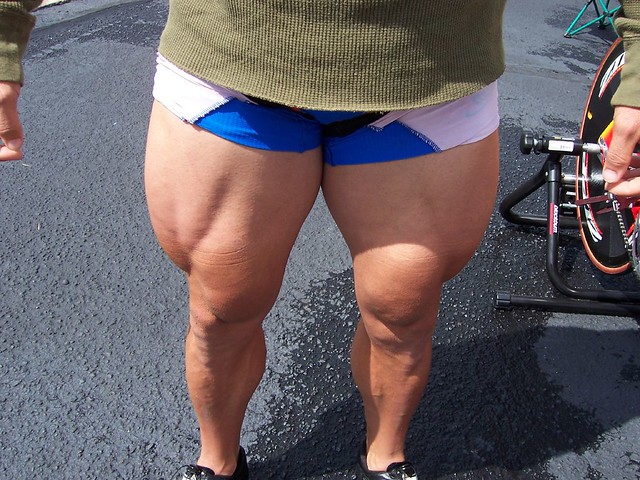 Recently, I noted the bare calves of a young man in shorts. Even though he was likely 300 lbs, he carried himself quite well. As he walked, the muscle definition in his legs, particularly in his calves, was profound.

While his leg muscles were remarkable, the rest of his body shape indicated he was not a bodybuilder. (Bulbous. Flabby. Fairly spherical, actually.)

I can’t help but wonder what kind of high performance athletics those powerful legs could be put towards if this young fellow was able to shed the same 75 lbs as my father-in-law had shed. Without doing any mathematical calculations to support the notion, I’m thinking the power those legs exert just getting out of a chair would be enough to launch a lighter person out of the starting blocks at Olympic-qualifying speed.

When you ponder such things regarding your own situation, they become things you can fixate on to get you through the trials of resisting unnecessary eating and snacking. If you were able to set aside an axle bearing you have been carrying around, how much quicker would your step be? How lithely could you then scooch through a closing elevator door? Or how dramatically would your moves on the dance floor dial up?

Think about stuff like this. It’s your only defense against the urges to snack.

Remember this: the pleasure of eating something lasts only for a few moments, but the delights of maintaining an ideal weight keep coming back every minute you look in the mirror, have to dash for the bus, have to endure comments like “you’re looking good”.  Those are the moments that really linger.