I have some thoughts about how post-apocalyptic society is envisioned by this book and others. Read it here.

In Station Eleven, the world ends because of an amazingly effective pandemic. The only survivors on the whole planet are those who avoid contact with the virus (very few) and those who prove to be immune (even fewer). This leaves something like 1% of the world’s population left to carry on. Our civilizations require cooperation, yes, but also manpower, so civilization quickly crumbles under the weight of no maintenance.

We ping-pong around in time to reveal a fuller context and story – many years prior to the event and as much as 20 years after.

In the preceding years, in our “jet age”, the author takes us all over the world to show us how our characters dealt with their ultimately petty problems. In the aftermath, however, we’re pretty much stuck in a region around Lake Michigan – totally understandable in an environment where horse travel is the pinnacle of luxury. The stark contrast between the open spaces of today and the tomorrow’s post-apocalyptic world draws attention to my observation that even though the air and water are cleaner in the future, the lack of ability to travel freely brings an unexpected flavor of claustrophobia that clutches your heart one survival day after another.

I know there are some readers who do not enjoy non-linear stories. So I’ll warn you, this is one of those.  The story jumps around within a 40-year span pretty much at random.  At first, it follows the rule of staying in a certain era while in a given “book” (collection of chapters). Eventually, this rule goes out the window and we’re jumping around blithely, between chapters and sometimes inside chapters.  Once you adjust, it’s a fun ride and I quite enjoyed that unpredictability.

About a quarter of the way through, the story seems to bog down in backstory of a character I never really cared about. But things pick up shortly after we get that out of the way.

One grumble point for me: 20 years afterward things have settled down. Life is still dicey and everybody is still living hand to mouth off the grid (there is no grid).  Most of humanity can fully recall the days of electricity, indoor plumbing and internet. What’s troubling to me is that more effort hasn’t been made to restore the infrastructure from before.

They wouldn’t have to rebuild much, to be clear. Unlike other yarns like this, the end of the world comes and goes and leaves the modern hardware intact.  There was no atomic destruction, fallout or nuclear winter, no aerial EMP blast frying every capacitor and microchip, no world-wide earthquakes, flooding or fires, no zombies or invading aliens and no planet-ending asteroids. After the pandemic, civilization collapses when the people who tend to it, died. The hydroelectric dams, sub-stations and power lines are still physically there. Solar farms still sit in the sun. Modern medical equipment sits idle and intact.

I grant you that the knowledge-base from the old world was severely decimated but it’s not gone. More significantly, anybody over 25 can remember how life was so much better and doesn’t lack the desire to return there. (They made a museum for it.) So why has nobody done so? There are still books out there.

(One character alludes to a rumored someone who temporarily gets a computer booted by generating electricity with a stationary bike. So, why didn’t they keep on that track?)

I noticed an element of sloppiness in story development.  Randomness in character development and events, almost by dice throw. (Part of my squandered youth was spent at dungeons and dragons.) 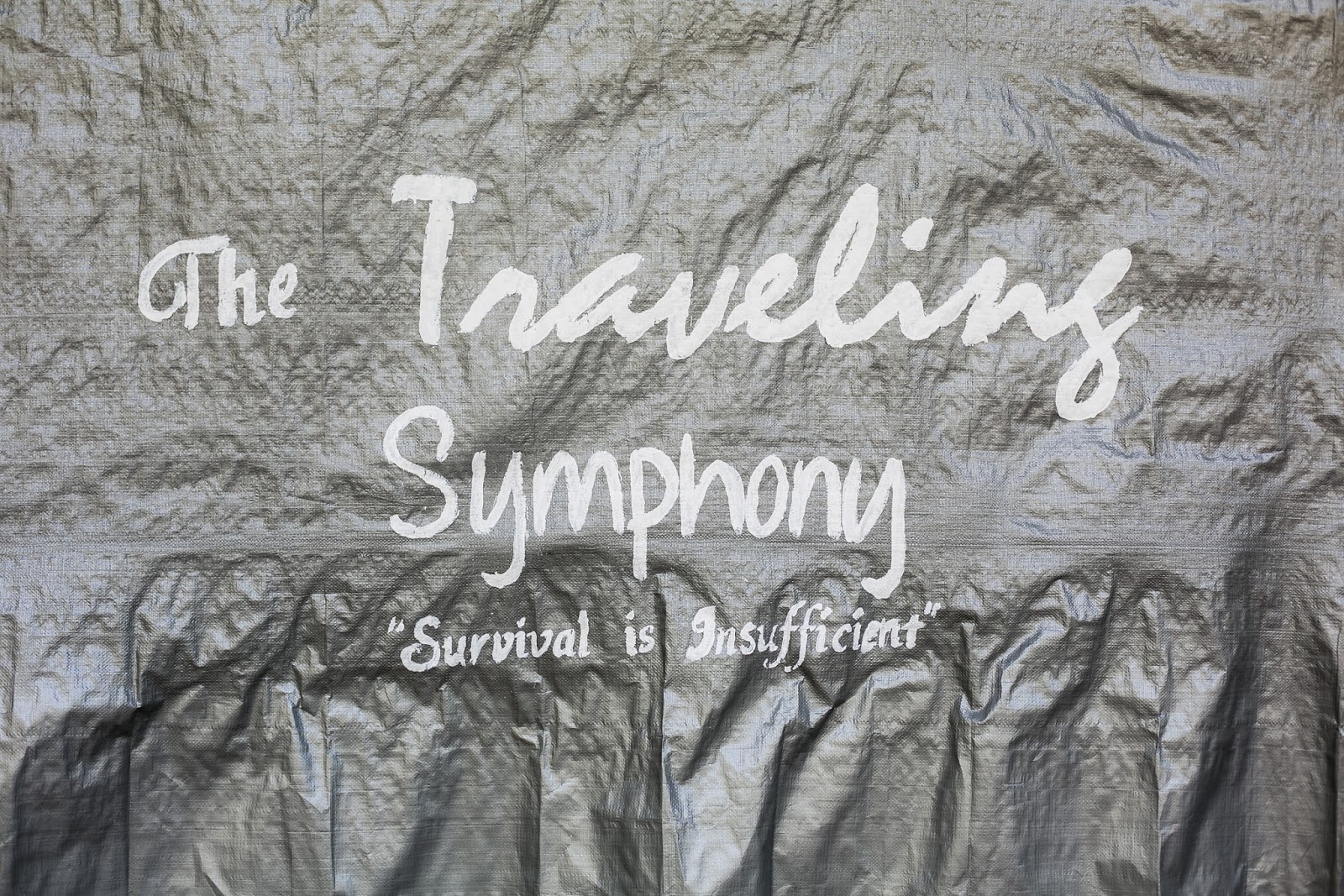 Early in Station Eleven, we see paramedics doing both. This speaks to a simple lack of attention to detail, possibly haste in writing.

Another example that I hope isn’t an indication of man’s tendency to be stupid when things get tough. Seriously, guys? You need a horse cart and the best you can do is a dead Chevy pickup and tie it behind Bessie? Really? A vehicle engineered for highway speeds and hauling heavy loads with a 300 horsepower engine is a poor choice to put behind a one-horsepower horse. A truck is going to bottom out at 5,000 pounds dry  after you liberate the engine and transmission. Are you suggesting you can’t find a light weight horse wagon somewhere?

Something that refreshingly separates Station Eleven from the rest of the PA pack for me is the lack of dire situations – there are no dyed-in-the-wool bad guys. There are dangerous people but they are more misguided than evil.

The author herself refers to the novel as a “love letter to the modern world“, something I believe she achieved in spades.